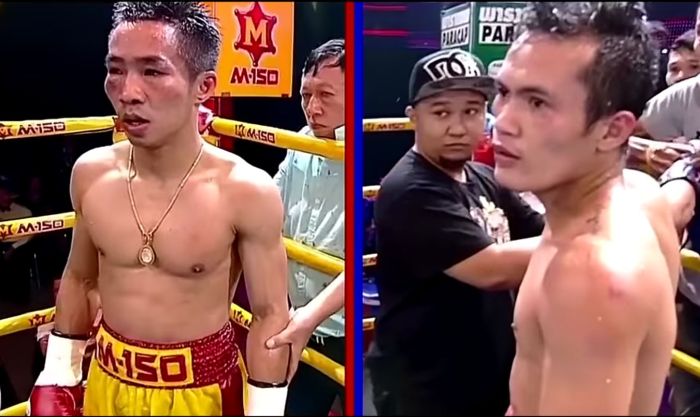 MANILA, Philippies   —    In official letter addressed to WBC Asian Boxing Council through Thailand boxing promoter Bank Thainchai Pisitwuttina, the chairman of the Philippine’s Games and Amusement Board (GAB) Baham Mitra urges the WBC Asia and the Thailand Boxing Commission that the August 17 fight between Pinoy boxer Romshane Sarguilla and Thai fighter Siridech Deebook be reviewed while expressing its inclination to “suspend authorizing Filipino boxers to fight in Thailand.”

The controversial Sarguilla vs Deebook fight ended in a close unanimous decision in favor of the Thai boxer by scores 58-56 (twice) and 57-56 (one time), however, in the expert opinon of a GAB review panel, clear knockdowns scored by the Pinoy Sarguilla over Deebook were overlooked by the WBC Asia Thai officials.

The Thai boxer’s visit to the canvas was not considered a legitimate knock down.

GAB’s official letter, dated Thursday, August 22, requests a review of the match by the WBC Asia boxing authorities in Thailand.  It also calls for a rematch.

The GAB document mentions the possibility that Filipino boxers might not be allowed to fight anymore in Thailand.   Further, the letter goes on to express that it seems that the only way a Filipino boxer could win in Thailand is only by knockout out his opponent.

Boxing fans are encouraged to read GAB letter, watch video of fight, and draw their your own conclusions.


The author Carlos Costa is a veteran boxing writer living in the Philippines.   Carlos can be reached at carlos512@hotmail.com and whatsapp/viber at +639184538152.