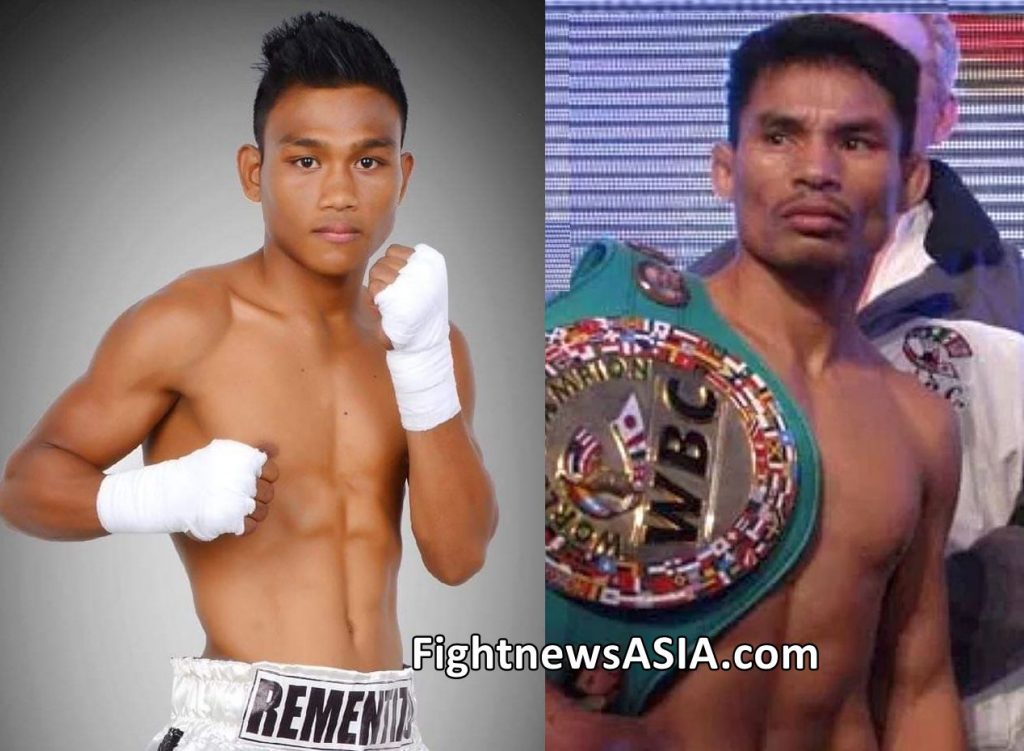 The rumble   —   which seems likely to push forward   —   will not only be Menayothin’s first fight in the U.S., away of his native Thailand; but it is also his effort in extending his pro record to a massive 55-0 for unbeaten world champion, numbers that threatens Floyd Mayweather’s 50-0.

It means that if the 34-year-old Thai warrior chooses to retire undefeated, his record would stand above Floyd’s numbers.

Records are meant to be broken, will that be the case here?

Sport fans around the world might have thought that Mark Spitz’ astonishing record of winning seven gold medals in one Olympiad would last forever.   Yet, it did not happen.   Mark’s remarkable achievement was surpassed by Michael Phelps, who won eight.

That’s the wonder of records in sports.

However, in this particular case, the fact that Menayothin would choose to hang up his gloves while on top form dominating challengers just because he wants to break Floyd’s record seems to be highly unlikely.

Only time will tell if Wanheng Menayothin will retire undefeated.

In the meantime, Menayothin (a.k.a. Moonsri) 13th title defense against the far less-experienced, 20-year-old Filipino Marco John Rementizo (12-3, 9 KO’s), does not seem to be much of a scary job for the crafty Thai veteran, one of the planet’s most accomplished and technically sound minimumweight fighters.

The FIlipino Rementizo    —    a lefty who hails from the Filipino City of Golden Friendship, Cagayan de Oro    —  comes from scoring four consecutive knock out wins, including a victory in the Kingdom of Thailand.  That was good enough to get ranked as world’s # 10 by the WBC.

Still, the young Pinoy warrior does not strike fans as much threat to Menayothin’s long and illustrious reign as a dominating WBC Minimumweight king.

Yet, in the sweet science anything can happen.

“In boxing, there are no small enemies. Nobody is invincible, “Hands of Stone Roberto Duran once said.

That we all agree.   Many examples new and old prove that point.

Not many fans thought that Mexican-American Andy Ruiz Jr. would rock and stop unbeaten, bigger, unified heavyweight world champion Anthony Joshua in such a devastating fashion, yet it happen; nor that American challenger Hasim Rahman would flatten in five rounds undisputed heavy-handed king of the world Lennox Lewis back in 2001.   Yet it happen.

We can go on forever.   So lets wait and see what will unfold here.

For the moment, its fair to say that boxing fans welcome the 54-0 unbeaten champ Wanheng Menayothin live on their TV’s to see what the kid has got.

Rementizo is promoted by Filipino men of boxing Wowie Adnan and Brico Santig of the Highland Boxing Team; while the fearsome Wanheng Menayothin is handled by veteran Thai promoters Panya Prachakorn and Piyarat Wachirarattanawong of Petchyindee Boxing Promotions.

The author Carlos Costa of Panama is a boxing reporter living in the Philippines.   Carlos can be reached at carlos512@hotmail.com or whatsapp +6391845378152.