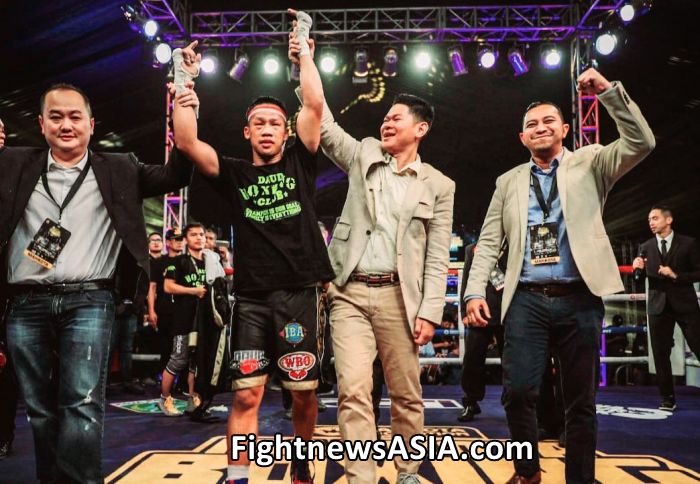 Former 2-division world champion Daud “Cino” Yordan (40-3, 28 KO’s) breathes a second wind in his long boxing career, capturing more titles, and the 32-year-old warrior  —  one of the most accomplished Indonesian fighters of his generation  —  wants for more.

From the sound of the first round, the more accomplished “Cino” Yordan made good use of his experience and superior boxing skills to inbox and punish the brave Mokoena who showed guts and fighting spirit, credential of African warriors.

However, it was meant to be Yordan’s night as he relentlessly pursued and finished Mokoena with a barrage of damaging blows that Mokoena could not handle, prompting veteran third man Nus Ririhena to halt actions at the 2:57 minute mark in chapter eight.

The victory hands Yordan the IBA 140-pound world strap, his third world title in three different weight classes. He has previously been IBO world titlist at 126 and 135.

The Indonesian is likely to get ranked among the world’s top 15 super lightweight boxers by the WBO in the division where the world champion is popular 27-year-old Mexican-American Jose Carlos Ramirez (25-0, 17 KO’s).

The double-title rumble was a successful televised in Batu was production of Indonesian promoters Urgyen Rinchen Sim and Raja Sapta Oktohari of Mahkota Promotions.

The author Carlos Costa is a veteran Panama boxing reporter living in Asia. Carlos can be reached at carlos512@hotmail.com and whatsapp +639184538152.