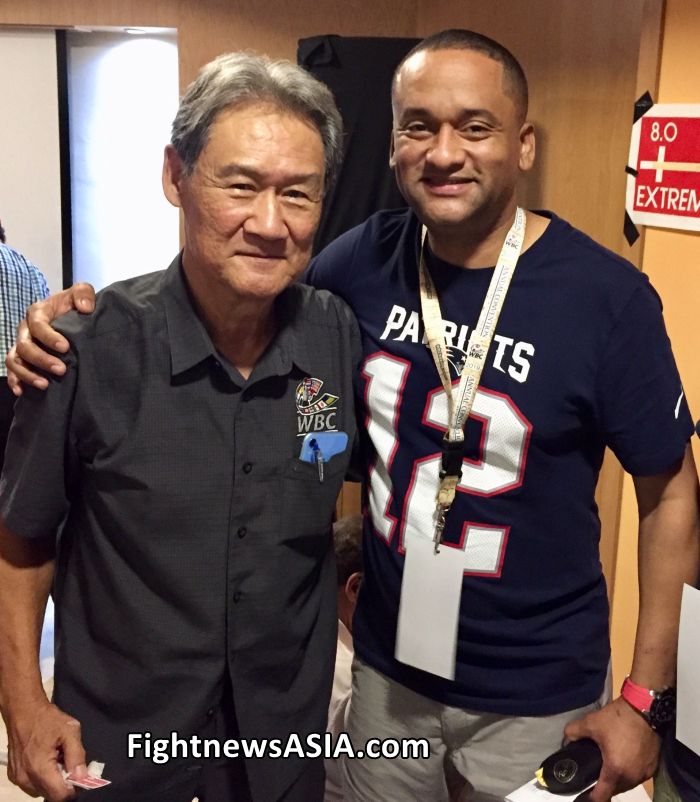 It’s the second time around that the 51-year-old Hector Afu   —  an international boxing referee since 2003  —   claims the coveted WBC award.   Ten years ago, the Panamanian won the same accolade.  Today he does it again.

“What an awesome privilege to received this amazing award from the WBC.    Being a referee in boxing is the greatest honor as well as biggest commitment that I could think of.    That’s because the lives of boxers are at stake each time the bell sounds.   No responsibility is bigger,” shared a visible moved Hector Afu during dinner with Panamanian and Mexican ring officials.

Days ago, Hector Afu was the referee in the battle in which Ukrainian former cruiserweight champion Oleksandr Usyk (17-0, 13 KO’s) debuted in heavyweights stopping in seven chapters American Chazz Witherspoon (38-4, 29 KO’s) at the Wintrust Arena in Chicago.

The author Carlos Costa is a boxing reporter attending the WBC Convention in Cancun, Mexico.   Carlos can be reached at carlos512@hotmail.com and whatsapp: +639184538152.